The city of Istres has a total of 43,500 inhabitants and has always strived to put the quality of life and dynamism first. Nestled between beautiful hills and ponds, Istres provides an array of possibilities through its central location in the Bouches du Rhône area.
City full of innovation, creativity, enthusiasm, flowers, sports, culture, bullfighting and aeronautics, Istres is a land of contrasts.

Surrounded by the Étang de Berre and Étang de l’Olivier (two famous ponds in this area of France), located at the edge of the Plaine de la Crau near various beaches, Alpilles Mountains and the natural region of the Camargue, and situated only 45km from Marseille, Istres enjoys a remarkable environment.
A classified tourist town since 2010, Istres has a rich, diverse and yet very architectural and natural heritage that is considered a true piece of the past.

In a green and flowery environment, magnificent sites, such as the old medieval centre with its rows of small squares, renovated façades and church, Chapelle Saint Sulpice exhibition centre and the Centre of Contemporary Art with prestigious exhibits line the city.

With a wide range of high quality accommodations and restaurants, Istres provides great services at affordable prices that are available to everyone.

A wonderful variety of cultural and festive events take place throughout the year: trade fairs, traditional celebrations such as the “Fête des Bergers” (Shepherds’ Festival), “Féria” (local bullfighting festival), St John’s Eve, the “Nuits d’Istres” (Nights of Istres) as well as many sporting events hosted by elite clubs. To sum things up, there is always something to do in Istres!

Istres, a sports town that was elected “Ville la plus sportive de France” (the sportiest town in France) twice in 1989 and 2000, also provides a wide range of recreational activities.

Istres is a city of water with its five large ponds and giant jet of water located in the Étang de l’Olivier, approximately 80 metres from the edge of the Bay of Castellan, which reaches a record height of 50 metres. It represents a giant liquid flag, symbolising the ambition and vitality of an environmentally friendly and forward-looking city. 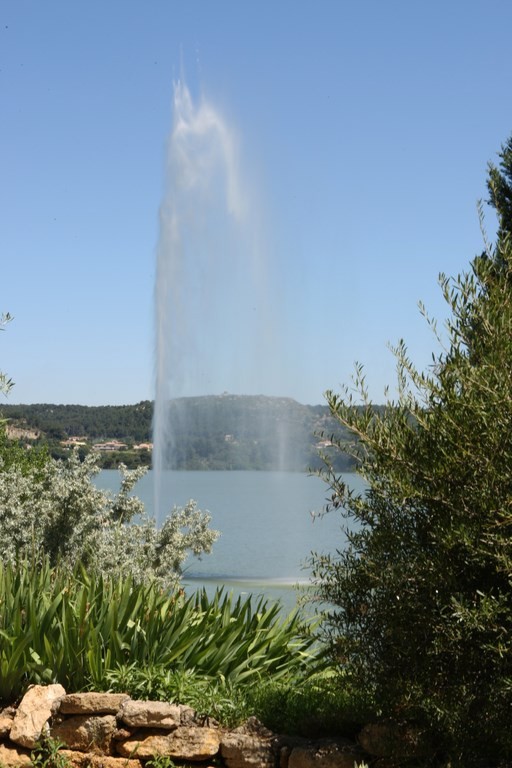 ISTRES THROUGHOUT ITS HISTORY

During the late Magdalenian period, around 10,000 years B.C., nomadic tribes settled under a rock shelter on the left side of the Sulauze Valley. First excavated by the “Amis du Vieil Istres” association, and then by the C.N.R.S (France’s national scientific research centre), the Abri Cornille shelter turns out to be a major prehistoric site.
A civilisation of fishermen and hunters moved in at the end of the Neolithic period (around 4,000 years B.C.) on the hill of Miouvin, which overlooks the Étang de l’Olivier.

Settlement of the Oppidum of Castellan, a rocky spur that towers over the Étang de l’Olivier, most likely established the future inhabitants of Istres.

The name “Istres” (Ystrio) appeared for the first time in a charter by Conrad the Peaceful, King of Burgundy and Provence. This document dated in 966 informed us that the city had a castle (Castrum).

Istres, which counted between 1,000 and 1,500 inhabitants during the 16th century over the course of consecutive plagues, reached a total of 2,157 residents according to the population count carried out by Abbé Jean-Joseph Expilly in 1765.
In 1901, 3,495 people were officially registered.

During World War I, the Military Aviation Academy was set up in 1917, followed by the air force base. As a result, the population gradually increased and a total of 7,286 inhabitants were counted living in Istres in 1936.
After the war, more and more people started to settle in this area thanks to the development in local industry. There were 13,434 residents in 1968, and then when the industrial complex was created, the population quickly grew to 18,135 in 1975. During the census of 1992, Istres had a total of 36,703 inhabitants.
In 2013, over 43,500 people live and enjoy the life Istres has to offer. 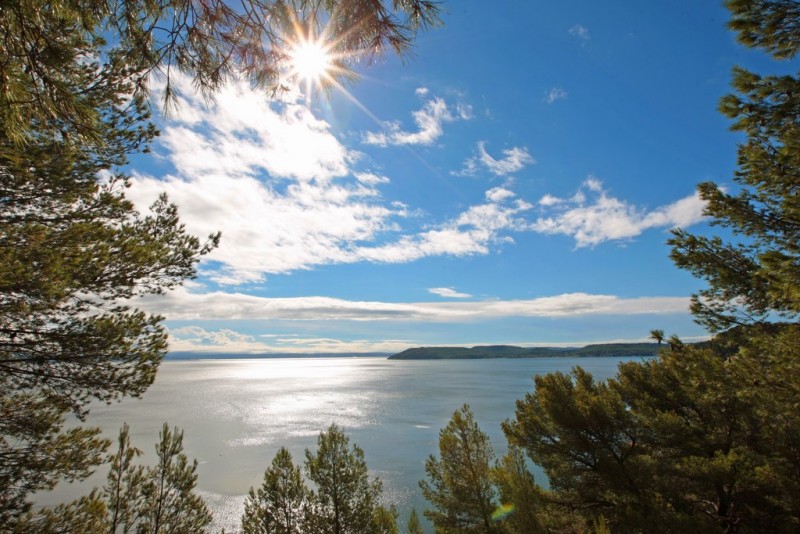